Now, at work we’ve had & received Christmas messages that purposefully do not mention the word “Christmas” for fear of offending anyone. Including the title that’s 4 instances of the word Christmas (5 now), and if anyone is offended, please, fuck off.

What happened to peace and good will to all men?!

Yes, yes, fair point. And women too! Seriously, Merry Christmas to one and all. Hope you have a great day, whatever you’re doing. And I have the same advice as last year: doesn’t drink too much, eat too much, or spend too much time with your family. Remember, everything in moderation.

Also remember that while the TV on Christmas day is horrendous, the NBA has a series of high profile games with the main event being Golden State at the Cavs at 19:30 GMT.

There’s only 3 weeks left in the regular season in the NFL. In my SuperContest I’ve only got 31.5 points out of a possible 70. Not good. The only thing I have to play for is to get above 50%.

ML Bets where the value’s gone:

If you’ve been paying attention recently my NFL bets have been pretty poor this season.

The good news is that my basketball betting has started the season very well. I’ve actually just had my best ever week & best ever month betting, which is down to the NBA. Looking back at my records November & December are usually a very months for me. As it’s early in the season and there’s plenty of value to be had if you can quickly figure out which teams are under/overrated compared to their preseason expectations. Also if you can have a good idea of which teams are just running hot over a small number of games.

I have many more bets on basketball than on NFL, and my stakes are many more times greater on basketball. So the way things are going I’m may very well stop betting on NFL all together.

I’ve said before that I find watching a single game of NFL extremely boring. And any time that I spend tracking results & odds could be better spent elsewhere, and will help to cut down on screen time. I put in a lot more work on basketball, I enjoy watching it even without a bet on(!). I know the amount of work I put in on basketball to be successful betting on it, and don’t do anywhere near that level on the NFL. Not that I want to either. It’s got to the stage where I would struggle to name the starting QB on each NFL team, and I wouldn’t be able to name many other players. But I could name who the 2nd backup center is for the Bucks and what he’s good & bad at.

I prefer to specialise. It’s working for me. It’s not so much knowing the right bets to put on, it’s knowing the ones to avoid too. 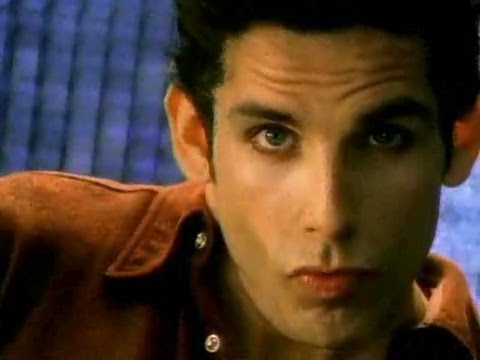 Two posts back here I referenced the NBA model that  fivethirtyeight has. I view it from time to time just to see what they’re saying, but take it with a pinch of salt, but sometimes this is the amount of salt you need:

Lets have a look at the games from last night and tonight’s NBA slate:

There’s some pretty big edges to be found! A mere edge of 35% on the Magic tonight, whilst an edge of 188% on Memphis! Apply the Kelly criteria to that!

A couple weeks ago, prior to the Cavs winning in Toronto, they had the Raptors as more likely to win the NBA title than the Cavs, the defending champs. Crazy. They only have the Cavs as 12% likely to win it again now, which has an implied odds of 8.33 (+933 US). But most books have the Cavs around 4.20 (+320 US).

Their other models have similar large disparities to the betting market. There’s a few examples in this week’s NFL lines, the best one is that they think Kansas CIty should be favoured over Tennessee by 12 points, whilst the line is only -5 on Pinny. I don’t track how well 538 models do, obviously I doubt they’re profitable. I know that there’s a blog that tracks how well Football Outsiders’ model does. They’re currently up this season, but considerablely down the previous 2 seasons.

I see it on Twitter and hear it on podcasts where people use fivethirtyeight as a proxy for what’s likely to happen or has happened.

Oh there was a big upset last night. What chance did 538 give them?!

I would suggest that people use Pinnacle instead. If your model can’t predict events better than the betting market, then why bother using it? You might as well just check out the odds at Pinny.

The odds at Pinnacle are formed by many participants who wager a lot of money. They’re many times more efficient than the publicly available models 538 put out.

Look, creating a model is hard, so I don’t want to be too hard on 538. Although their job isn’t beating the closing line at Pinny. Their job is to get eyeballs on their website. They had plenty of eyeballs during the Presidential election. People were logging on everyday to see what Trump’s & Clinton’s chances were. They’ve had some retrospective criticism for the chances they’ve showed but, correct me if I’m wrong, they were more bullish on Trump’s chances than the other publicly available models…so there’s that!

Quick post on the NFL this week as I’m away this weekend. I’ve just wrote this quickly on my phone this morning. Another bad week on this sport last week. I’m looking more and more likely to stop betting on NFL to focus solely on basketball. I’ll write some more on that this coming week.